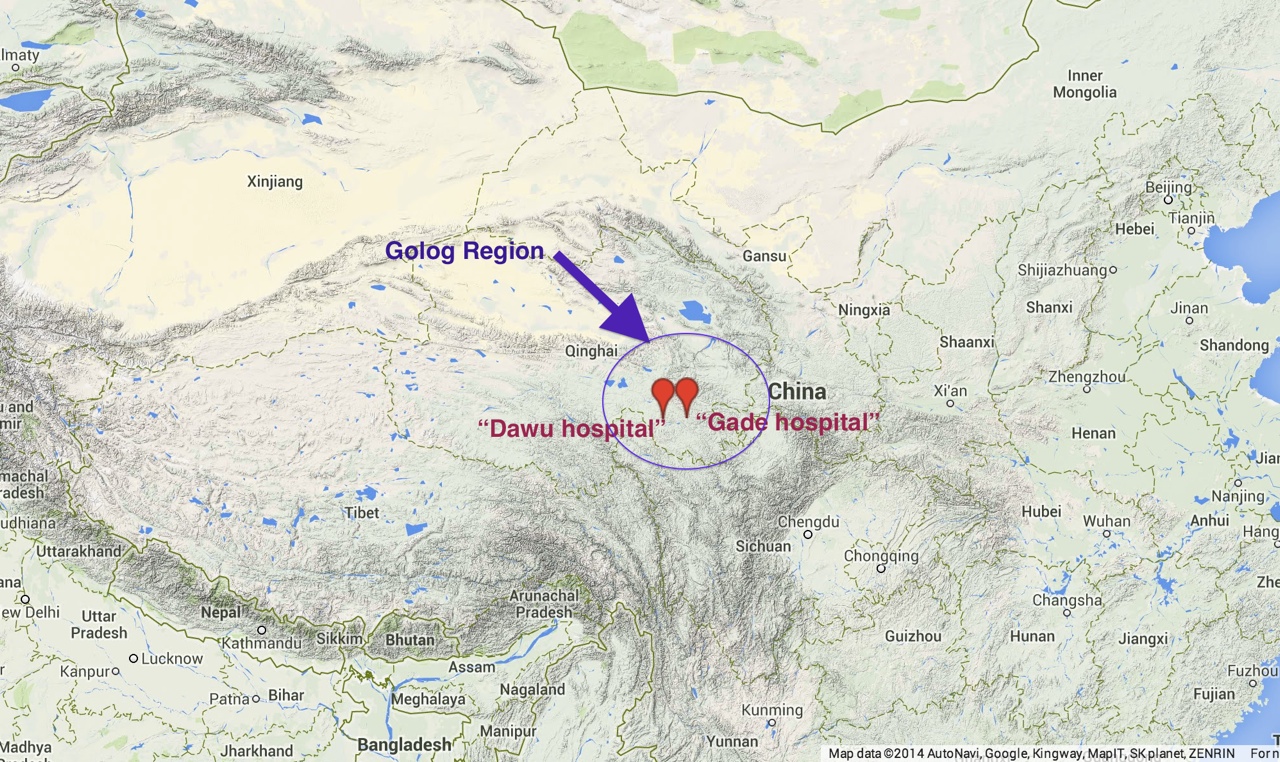 Golog Tibetan Autonomous Prefecture is located in the south eastern part of Qinghai Province and on the eastern edge of the Tibetan Plateau. It is almost 30 times the size of Luxembourg and has a population of around 250,000 people, the vast majority of them ethnic Tibetan.

The Golog area is home to one of the largest Tibetan populations in Qinghai Province; 90% of the population are Tibetan and living a traditional nomadic lifestyle at an average altitude of 4200 m/13,450 feet. Golog Tibetan Prefecture consists of 6 counties: Machen, Gabde, Mato, Padma, Jigdril and Darlag.

The people are mostly poor to very poor. Healthcare and education services are either minimal or non-existent, leading to unfortunate circumstances for many families in the area, particularly vulnerable populations such as mothers, children, and the elderly.

Below is the story of Yangchen, a young local Tibetan woman living in the Golog region, whose sad story is far too common.

The sad story of Yangchen

Yangchen was a pregnant woman in her mid-thirties. One early morning in June 2007, she was taking care of the yaks as usual when she began to experience severe pains. Her husband set off to buy medicine at the nearest shop. He returned in the course of the afternoon. The medicine did not help and the pain grew worse. She was placed on a tractor and moved to a village. No useful help was available there either.

By late afternoon, a villager was able to take her by car to the more distant village of Darscha, where there is a temporary medical station. Yangchen and her baby died in the car on the way.

If standard medical care had been available within four hours, Yangchen would have in all likelihood survived. It so happens that we knew this young woman and her family. But her story could be told of many others, especially pregnant women and older adults.