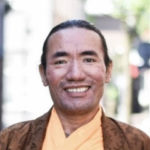 Lama Jigmé Namgyal was born into a nomad family in Golog, in the eastern part of Tibet. At eight years of age, he entered Tratsok monastery, and ten years later he left for Serthar Larung Gar, the Buddhist Institute of Khenpo Jigmé Phuntsok Rinpoche. Since coming to Europe in the mid-2000s, Lama Jigmé founded two Tibetan cultural and Buddhist centers, one in Luxembourg (Centre Culturel Tibétain) and another in Rotterdam (Phuntsok Chö Ling). He is our inspiration and our link to Golog. 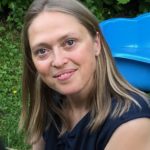 As a board member of the Golog Support Luxembourg, Lucie takes care of internal communication and all the necessary administrative tasks. Born in Prague, Lucie has been living in Luxembourg since 2009, working at the European Court of Justice as an interpreter. As a student of meditation at the Centre Culturel Tibétain, Lucie is one of the founding members of the Golog Support Luxembourg. Coming from a family of doctors, Lucie was inspired to help establish hospital projects in remote areas of Tibet. 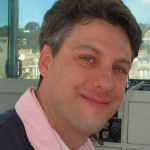 Christiaan is Treasurer of the Golog Support Luxembourg. Originally from the Netherlands, he has been living in Luxembourg since 2006, and met Lama Jigmé the same year. Inspired by the teachings of Lama Jigmé and having previously traveled to the Tibetan region, Christian  decided to actively participate in building the Golog Support in Luxembourg.  He holds a Masters in Economics with focus on development, and works in the fund industry. 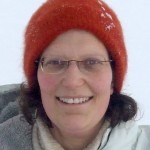 Julia grew up in Luxembourg and works as a teacher and musician. She has been interested in Tibetan Buddhism and the Tibetan Culture with its unique wisdom heritage for many years. In 2003, she met Lama Jigmé and shortly after became one of the co-founders of the Centre Culturel Tibétain Luxembourg. She joined the Golog Support Luxembourg board as an administrator. 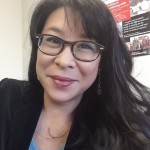 Adrienne has been a student of Lama Jigmé and member of the Centre Culturel Tibétain Luxembourg since 2013. Originally from the United States, Adrienne moved to Luxembourg in 2011. With a background in business consulting, international development, and project management, Adrienne helps coordinate GSL projects. Adrienne has been a Tibetan Buddhist practitioner for 10 years and is also an instructor in Mindfulness Based Stress Reduction. She holds a Masters in International Relations and is currently pursing a doctorate in Sociology and Gerontology.

Originally from Brussels, Patrick is settled in Luxembourg since 2002 where he lives with his wife and children.  He is interested in cultural diversity which he finds very rewarding and, inspired by Gandhi’s quote that “we must be the changes we want to see in the world“, Patrick has decided to put his skills, including lawyering ones, at the service of the association by becoming the Secretary.  Patrick is confident that, with the ongoing work of the dedicated team and the willingness of everyone, this project can only be a success.

Cassandra was born and raised in the Netherlands, where she met Lama Jigmé Namgyal in 2016 and has become his student. Amongst many other things, she studied a Business School in Rotterdam and is currently the founder and owner of a yoga studio in Delft. Aside that she is a chairman of Lama Jigmé’s Phuntsok Namgyal Ling Foundation and she runs the Banyan Foundation which, in the past supported a school in Malawi and now, supports a Tibetan Medicine Institute in the Golog region of Tibet. Being very inspired by Lama Jigmé’s activities and projects Cassandra is happy to offer her project management skills. 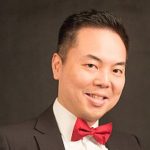 Kelvin grew up in Hong Kong and went to Canada for his university studies. As a Telecommunications specialist, he has been working in Hong Kong for 15 years until a job relocation opportunity brought him and family to Luxembourg in 2014. Kelvin is very interested in practising Buddhism in order to uncover the truth about the world. Kelvin supports the organisation by managing its website and social media platform, as well as liaising with the Golog local team.